The NCERT Solution for Class 10 Social Science includes answers to every question from the NCERT text book’s exercise. Top students love SWC NCERT Solutions because they are very effective. In general, Class 10 is regarded as the most significant year in a student’s professional development. The NCERT answers for class 10 Social Science were created with the goal of providing students with the most help possible.

Writing responses to the class 10 Social Science questions provided in the exercise might be challenging for students for a number of reasons. One should not omit any NCERT textbook content in order to get the highest possible grade. Use the Swastik Classes’ NCERT answers for Social Science class 10 as a resource. Important exam-based questions are covered in depth in each chapter.

(i) Which one of the following describes a system of agriculture where a single crop is grown on a large area?

Solution : (b) Plantation Agriculture
Explanation: Plantation agriculture is a form of commercial farming where crops are grown for profit. Large land areas are needed for this type of agriculture.

(ii) Which one of the following is a rabi crop?
(a) Rice

Solution : (b) Gram
Explanation: Rabi crops or rabi harvest are agricultural crops that are sown in winter and harvested in the spring in South Asia.

(iii) Which one of the following is a leguminous crop?
(a) Pulses

Solution : (a) Pulses
Explanation: Commonly known as the legume, pea, or bean family, are a large and economically important family of flowering plants. These plants are used in a crop rotation to replenish soil nitrogen.

(iv) Which one of the following is announced by the government in support of a crop?

Solution : (b) Minimum support price
Explanation: Minimum Support Price is the price at which government purchases crops for the farmers, to safeguard the interests of the farmers.

Answer the following s in 30 words.

2. (i) Name one important beverage crop and specify the geographical conditions required for its growth.

Solution : Tea is an important beverage crop. This plant grows well in tropical or subtropical climates,21°C to 29°C is ideal for the production of tea. The High temperature is required in summer. The lowest temperature for the growth of tea is 16°C, 150-250 cm of rainfall is required for tea cultivation.
Tea shrubs require fertile mountain soil mixed with lime and iron. The soil should be rich in humus.
Tea cultivation needs well drained land. Stagnation of water is not good for tea plants. Heavy rainfall but no stagnancy of water, such mountain slopes are good for tea cultivation.
Deep and fertile well-drained soil which is rich in humus and organic matter. Tea bushes require warm and moist frost free climate through the year.

(ii) Name one staple crop of India and the regions where it is produced.

Solution : Rice is a staple food crop in India. It grows in the Indo-Gangetic plain and north-east India, coastal areas and the deltaic regions. The major rice producing areas are northern plain and coastal and deltaic regions while minor rice producing areas are Punjab plain and part of deccan plateau.  Development of a dense network of canal irrigation and tube wells have made it possible to grow rice in areas of less rainfall such as Punjab, Haryana and western Uttar Pradesh and parts of Rajasthan.

(iii) Enlist the various institutional reform programmes introduced by the government in the interest of farmers.

Solution : The various institutional reform programmes introduced by the government for the benefit of farmers are:

• Subsidy on agricultural inputs and resources such as power and fertilisers.

• Special weather bulletins and agricultural programmes for farmers were introduced on radio and television.

(iv) The land under cultivation has got reduced day by day. Can you imagine its consequences?

Solution : A declining area of land under cultivation coupled with increasing population has many consequences. These are:

• Food shortage for the rising population.

• Rise in price of food grains.

• Unemployment and loss of livelihood for farmers.

• Shortage of supply of raw material for agro-industries.

Answer the followings in about 120 words.

3. (i) Suggest the initiative taken by the government to ensure the increase in agricultural production.

(ii) Describe the impact of globalisation on Indian agriculture.

(iii) Describe the geographical conditions required for the growth of rice.

(i) Various initiative taken by the government to ensure the increase in agricultural production are:

• Collectivisation, consolidation of holdings, cooperation and abolition of Zamindari etc. were given priority to bring about institutional reforms in the country after independence.

• Land Reform was the main focus of our ‘First Five Year Plan’.

• The Green Revolution was based on the use of package technology and the White Revolution were some of the strategies initiated to improve a lot of Indian agriculture.

• Minimum Support Price policy, provision for crop insurance, subsidy on agricultural inputs and resources such as power and fertilizers, Grameen Banks, Kissan Credit Card and Personal Accident Insurance Scheme are also some of the reforms bought by Indian Government.

(ii) The impact of globalisation on Indian agriculture has been felt since colonial times. Raw cotton and spices were important export items from India. In 1917, Indian farmers revolted in Champaran against being forced to grow indigo in place of foodgrains, in order to supply dye to Britain’s flourishing textile industry. Thus, globalisation has had its boons and banes for Indian agriculture.
Post liberalisation, Indian farmers face new challenges in the form of competition from highly subsidised agriculture of developed nations. This prompts the need for making Indian agriculture successful and profitable by improving the conditions of small and marginal farmers, countering the negative effects of Green Revolution, developing and promoting organic farming, and diversifying cropping pattern from cereals to high-value crops.
(iii)The geographical conditions required for growth of rice are as follows :

• It is a Kharif crop and requires a hot and humid climate for cultivation. Temperature above 25°C and high humidity with annual rainfall above 100 cm are favourable for the growth of rice.

• Rich alluvial soils of the floodplains and deltaic areas which are renewed every year are ideal for rice cultivation.

•Rice requires abundant rainfall or good water supply through irrigation and flooded fields during the earlier part of its growing season in June-July.

• Plenty of cheap labour as most of the farming involves manual labour.

An academic team of knowledgeable members of SWC has produced and published the NCERT Solutions for class 10’s Social Science chapter for your use as a reference. You can get answers to all of the chapters of the NCERT Social Science class 10 here at SWC. Please make use of the following NCERT answers that were created by SWC as a reference for this chapter. In addition to that, study the chapter’s theory before attempting to solve the NCERT problems. 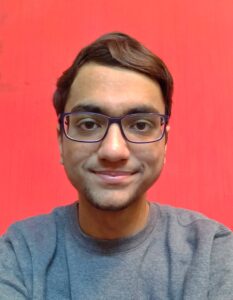